﻿A H.E.A.R.T. Gathering on Ingwavuma Day

Broadcast has ended. You may watch the replay!

You can still register and watch the replay!

Please join us in this special H.E.A.R.T gathering with Linda Tucker, founder of the Global White LIon Protection Trust and Wynter Worsthorne, founder of AnimalTalk Africa.

On Ingwavuma Day, 21/22 August, the only day of the year when the Sun touches the Heart of the Leo Constellation,

This is the 4th H.E.A.R.T Gathering and we are focussing on the messages from the StarLions and future King Ingwavuma II. Join Wynter and Linda to connect in with your heart, to listen to the messages from Mother Nature's ambassadors and help to achieve positive shift in humanity for the Earth during this crucial time of transformation.

It is time to end the destruction of the Earth, and celebrate in the rejuvenation of our planet. We are being called to be part of the positive transformation, knowing that together with Nature we can co-create a new world... it is time.

In Support of the Global White Lion Protection Trust

Please donate generously to this organisation who is working tireless for the protection of not only the White Lions but all lions, and in turn all of wild nature.

A guided meditation with Wynter helps you to connect with the White Lions in order to receive their message.

Linda Tucker, keeper of the White Lions speaks from the HEART of White Lion Territory. 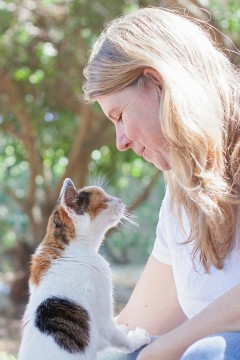 ﻿Wynter is based in Cape Town and has been practicing as a Professional Interspecies Communicator since 2001. She is the author of "Where is Biggles?" and teaches introduction and advanced workshops internationally. Her deep love is for African Wildlife. She works closely with Baboon Matters Trust and the Global White Lion Protection Trust who she supports through the global meditations and prayers, right here on Big Marker. She is one of the few people invited to facilitate groups at Tsau Conservancy in South Africa where the rare and sacred White Lions roam free in a protected area of their endemic homeland.

In 2010 she founded AnimalTalk Africa's online Academy, which has developed into an international like-minded community of people learning how to communicate with the animals.

To learn more about her work please visit www.animaltalkafrica.co.za 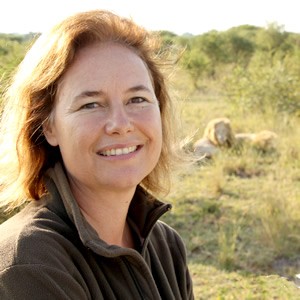 CEO and Founder of the Global White Lion Protection Trust

Linda founded the Global White Lion Protection Trust, a leader in community-based conservation, after nearly 10 years of intensive research on both the cultural and conservation importance of the White Lions in this region.

Over the past 2 decades, this Non Profit Organisation has established a strong track record of creating mutual benefits for Lions, Land, and People in one of the world’s most important wildlife areas: the UN-designated Kruger to Canyons Biosphere.

In 2000, together with her partner lion ecologist, Jason A. Turner, and a team of specialists, Linda Tucker was responsible for returning White Lions back to their natural endemic habitat, after decades of forced removals from their natural system had rendered them virtually extinct. Since this time, her organization has been implementing a multi-level strategy which includes the White Lion Protection Plan™, a carefully monitored scientific reintroduction program of White Lions and the protection of the cultural heritage of the Sepedi and Tsonga peoples who honour the White Lions as sacred.

Linda Tucker lives with Jason Turner in the White Lion’s ancestral Heartlands, in the epicenter of the Kruger-to-Canyons wilderness region. Together they are guardians of the land occupied by the White Lion prides they rescued and successfully re-wilded in their ground-breaking scientific reintroduction project. They are ably assisted by the Global White Lion Protection Trust’s dedicated team of over 40 permanent personnel.

We will never send you any marketing emails.

We will never send you any marketing emails.